Each year, as much as 40 percent of food produced in the United States is wasted — discarded from homes, restaurants, farms, and the supermarket.

The scale of the problem is daunting. But Pittsburgh may have a blueprint for the solution.

This was the focus of Rescuing Abundance, a social documentary film created through students in the Certificate Program in Leadership and Ethics at the University of Pittsburgh College of Business Administration

Their film recently landed on the big screen, selected as an official entry of the 2019 Cinema Verde International Environmental Film and Arts Festival, held from February 14 – 17 in Gainesville, Fla. The film was selected by the jury as the winner of the Food Category at the festival.

“We created Rescuing Abundance because food waste is such a massive problem in our country and many people feel paralyzed with how to fix it,” says Audrey Murrell, associate dean of the College of Business Administration and director of the David Berg Center for Ethics and Leadership.

“Our film shows the business solutions that can turn this problem around. Businesses and nonprofit organizations, government and community partnerships, and college students can work together to leverage innovative solutions,” Murrell says.

Since Rescuing Abundance was two years in the making, two groups of students worked on the project. The initial planning was conducted by Rebecca Kret, Rachel Mast, Jenalee Morris, and Alexis Tshudy. The scoping of the film was done by Rachel Greenspan, David Hornyak, Emily Meyer, and Rachael White.

The Berg Center financed and produced Rescuing Abundance as part of its broader commitment to food security as a form of social responsibility.

Previously, the Berg Center developed a Food Abundance Index scorecard to measure access (or the lack thereof) to nutritious, affordable, culturally relevant food in geographic areas. This past fall, the Berg Center also helped bring a low food waste food truck to the University of Pittsburgh campus — again working through Pitt Business students in the CPLE to make it happen.

Murrell traveled to the Cinema Verde film festival in Florida to represent Pitt Business and the Berg Center. She was accompanied by Ray Jones, associate director of the Berg Center and a clinical associate professor, who starred as the energetic and charismatic narrator in Rescuing Abundance.

Now in its 10th year, the Cinema Verde film festival screened 47 films from 13 countries over four days this past week. The films explored wildlife conservation in its myriad forms.

“It was surreal to see our students’ creation take shape on the big screen, and I’m grateful that our positive message found a wider audience,” Murrell says. “In fact, a representative from the University of Florida has already reached out about bringing our lessons to their area.”

Inclusion in the film festival is only the beginning of the impact of Rescuing Abundance.

In April, the film will be screened at the University of Pittsburgh Greensburg campus.

After that, the Berg Center will develop mini films from the footage as case studies for educators. The goal is to provide other colleges and universities with a curriculum for teaching food sustainability in the business context.

“Reducing food waste is within our reach. The solutions are there, and the time to act is now,” Murrell says.

Take the Next Step 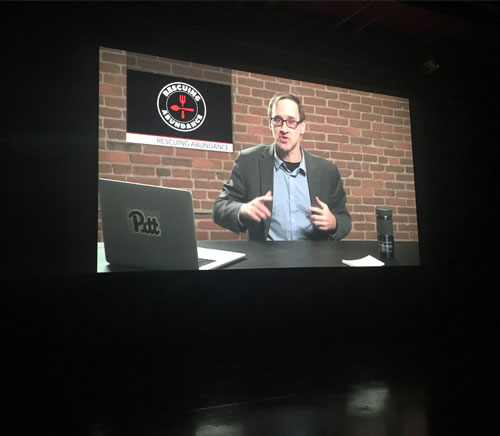 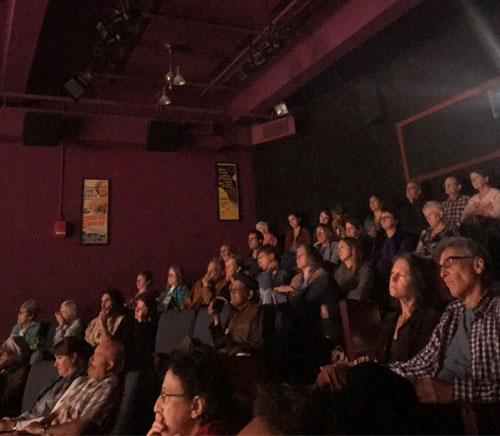 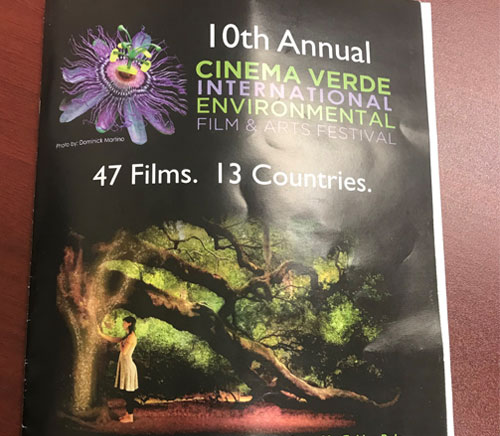 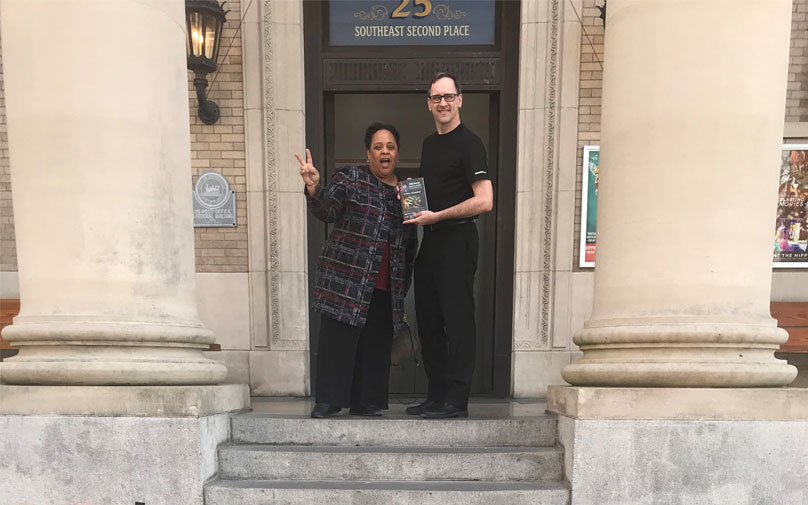 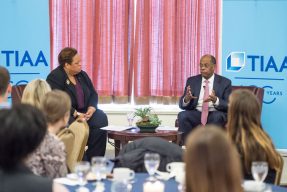 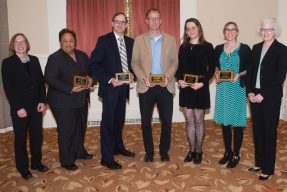 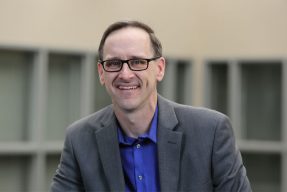